Finland Will Become The First Country In The World To Get Rid Of All School Subjects (es) 22 May 2020
In the UK, we would probably call this ‘Project led’ learning – common in our Primary and Junior schools. Perhaps this is the next step and one that I have often advocated as being one of a few ways to make education more relevant. (RG)

Babies may learn most of their vocabulary from their fathers (es) 6 April 2020 (from 21 Feb 2020)
“It’s been suggested in various studies in the past that there are differences between the sexes when it comes to picking up new languages, but what about passing languages on?”

“That the single biggest predictor of high academic achievement is

reading to children. Not flash cards, not workbooks, not fancy preschools, not blinking toys or computers, but Mum or Dad taking the time every day or night (or both!) to sit and read them wonderful books.”

Arts education should not be a luxury, says Julie Hesmondhalgh [UK] (es) 20 Oct 2019

“The government are leading on this idea that you teach spelling and punctuation and grammar, but what you really need to do is inspire children, and there is no time for that in the national curriculum. Without time, what you have will be sad and meagre and thin.” – Philip Pullman (interview by Sara Keating, arts and features writer with The Irish Times) [UK] (es) 12 Oct 2019

Give older children story time to halt fall in young readers, urge experts (es) Tue 5 Feb 2019
“The Department for Education states that nothing is more important than ensuring every child can read well, and the way to do this is to instil a passion for reading for pleasure. This won’t be achieved by guided reading lessons and tests. Space must be made in the school day for story time,” said David. “Teachers are vastly overburdened by the curriculum and unless time is made for story, then it won’t happen for all children every day, which it needs to – for our children’s futures.”

Dear Nicky Morgan: so much for freeing schools from ‘government diktats’ – Michael Rosen “The education system is ‘working’ – in the same way that dying cures illness.” (es) (Richard’s opinion) April 2016

Creating is not just a ‘nice’ activity; it transforms, connects and empowers (es) March 2016

3 Subjects Schools Should Teach To Improve The World (Meditation, Nutrition, Law of Attraction)

Dippy, the Natural History Museum’s iconic Diplodocus cast, is going on a natural history adventure across the UK. (es) February 2018

The importance of creative education: why making is as important as maths, reading and science (es) August 2016 (2017)

Secret Teacher: parents, I wish I could tell you how brilliant your children are (es) July 2016

Why our children are so bored at school, cannot wait, get easily frustrated and have no real friends? (es) May 2016

Dear Nicky Morgan: so much for freeing schools from ‘government diktats’ – Michael Rosen “The education system is ‘working’ – in the same way that dying cures illness.” (es) (Richard’s opinion) April 2016

Creating is not just a ‘nice’ activity; it transforms, connects and empowers (es) March 2016

3 Subjects Schools Should Teach To Improve The World (np)

10 Strange schools around the world (es)

Our obsession with metrics turns academics into data drones (es)

What can Google Classroom offer to the world of eLearning? – Christopher Pappas (es)

The Impact of Technology on Children – Will Hinch (Ebuyer Blog) (es)

George Monbiot argues that the more time children spend in the classroom, the worse they do at school (np)

The value of reading (np)

What did the teaching unions ever do for us? (np)

“Did you know there are 52 letters in the English alphabet?” – Richard Gentle (np)

French tech school has no teachers, no books, no tuition – and it could change everything! (es)

‘Technology addiction’ – how should it be treated? (es)

Read Novels In Under 90 Minutes (np)

Discipline and punishment in our schools (np)

A Master Class in Jazz Performance and Creativity (np)

Failing literacy standards in England, UK – is it any wonder? (np)

A personal view on one alternative for future education (np)
The beginning of a vision by Richard Gentle on the direction education could take with the right understanding and leadership.

Why Technology Isn’t The Solution To Better Education (es)
An article by Richard Gentle for the online magazine, The Evolllution. 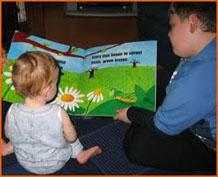 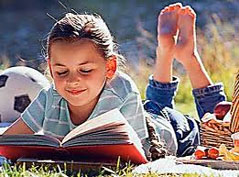 Trubble with Foniks – a personal tirade against stupidity (np)
A personal view by Richard Gentle who taught his daughter to read by age 3 without the use of phonics, based on both personal understanding and the research of a friend who taught English to foreign children in several schools and wrote about her findings – relating to how all children really learn to read.