“Music gives a soul to the universe, wings to the mind,
flight to the imagination and life to everything.” – Plato. 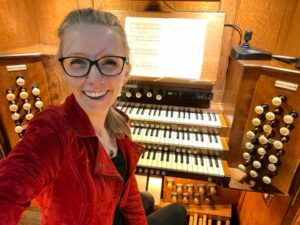 Anna Lapwood is an inspiration to many and something of a musical polymath in her talent and versatility as an organist, conductor, and broadcaster, and holds the position of Director of Music at Pembroke College, Cambridge.

Anna was born on 28 July 1995 and after completing her A-levels at Oxford High School, gained a first-class degree from Magdalen College, Oxford. She was the first woman in the college’s 560-year history to be awarded an organ scholarship. Anna performs multiple recitals each season, but still manages to work with Choirs and teaching young people. Read more on Anna’s website here and also follower her on facebook.

Some of my favourite music sites for children to experiment with. Please note that some of the interactive items require the use of Adobe Flash. Most browsers will ask if you wish to allow Flash – click allow. (Flash may not work on Apple products).

(You will need to run Adobe Flash for some of the following. and this requires a player for your browser. Try Adobe, here.) 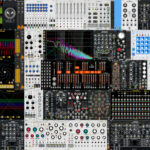 BLOKDUST by Femur
Combine blocks to build synths, effect your voice, remix & manipulate samples and arrange self-playing musical environments. And you can download your recording as a wav file. (facebook page) Take a look at the Theramin App (fb page)

Omni – Play and learn about musical scales from around the world. Another interesting and informative site by Femur.

“A scale is simply a collection of tones. The major scale has 7 different tones, but by changing the pitches of these we can completely change the mood and feel of music. I’ve picked 40 of my favourite scales to explore. They have roots from cultures all around the world and some have been in existence for over 50,000 years.

“Tap/swipe the harp section at the bottom, change the key signature by pressing the corresponding letters around the pitch circle. The XY pad gives you control of your sound and there are 5 effects to choose from: Sustain, Reverb, Delay, Delay Feedback and Distortion. Swiping inside the pitch circle allows you to play bass notes locked in the scale.” – Femur

Songs To Sing In The Car For Kids
A website of links, kindly suggested by Lindsay, to various songs for children of all ages. (Please note that some of the links don’t work or reach a pdf, but there are enough to look through). This is an example: Over the Mountains

Online Theremin by Femur (and on facebook and Blok Dust)

Drumming and the Brain
Dr Jon Weaver – Workshop Manager at African Drumming Sheffield
What would you say if I told you there was an exercise that, if practised daily, would increase your pupil’s IQ, improve attention and cognitive function, increase pain threshold, improve fine motor control, facilitate language acquisition and verbal fluency, facilitate social cohesion, elevate mood and reduce fatigue, have a similar effect to Ritalin for ADD patients and provide a basis for gait training in stroke and Parkinson’s patients? Would you implement it in your school?

Nick’s World of Synthesisers (He used to have an interactive website, but sadly, it no longer exists)

Make a few instruments… get a loop box