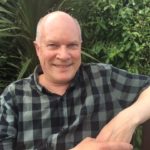 I have been interested in education for most of my adult life and come from a very creative family. My father, Keith Gentle, was a Senior Art Education Adviser for the West Riding county of Yorkshire from 1972 (now Kirklees) and later an Art Inspector for Manchester, until the late 80’s.

I was the first permanent on-site photographer for the Yorkshire Sculpture Park (YSP) in 1984 and later joined Bretton Hall College, as an audio-visual technician, firstly in the Media Centre in 1985 and later in the Education Department, until 1988.

In 1989, I went to The College of St Mark & St John (MARJONS), Plymouth, and passed my PGCE in Secondary Teaching, Craft, Design & Technology, in 1990. Returning to Yorkshire, I taught on supply in 14 different [mostly Junior and middle] schools for about 2½ years. Throughout this period, I further realised my growing views that state education was running into serious trouble and was no longer ‘fit for purpose’, as we headed towards the 21st Century. At the end of 1992, I took a job in Bedford at Bedford College, managing the Media Resources for 4 sites of the college. During this time I taught for a while on the BTEC Intermediate Fine Art course. After 6 years, I became an Instructor for Performing Arts, Media and popular Music – still maintaining the audio-visual support for the college (now just one main site), but also teaching students on the Media courses. In 2001, I was offered some time working at Starlab (blue sky research with scientists from 72 countries) in Brussels, before gaining a 2 year contract at Cranfield University in 2001, as a Module Creator in the School of Industrial & Manufacturing Science (SIMS). I stayed their until 2004 (working self-employed in the last year), but continued to work for the University for 6 months, after returning to Yorkshire. Between 2000 and 2004, I was also an Ambassador for Science and Technology, with Bedfordshire & Luton’s SETNET (Science, Engineering, Technology and Mathematics Network) – later renamed Stemnet (Science, Technology, Engineering and Mathematics Network) – a UK-wide charity that promoted Science, Technology, Engineering, and Mathematics (STEM) awareness, especially among young people in schools. I worked in a few schools, helping pupils to take the ‘K’NEX Challenge’, exploring engineering principles to solve problems.

In 2005, I worked as an eLearning Manager and Project Leader for Kirklees Collegiates (a 2 year contract that I kept  for 7 years). The Collegiates’ team operated as part of Kirklees Council’s ‘Children and Families’ and was set up to give children around the age of 14, opportunities to take courses not always available in their home school, by being transported to another school or local college. For the first time, a component of elearning was included in the curriculum. By 2010, the job had changed considerably and left me managing an Area Wide Prospectus (AWP) for Kirklees (in collaboration with UCAS in Cheltenham), from a mostly office-based location. So in 2012, I decided to take voluntary severance from the Council and went self-employed, producing websites for individuals, small businesses and special interest groups. I also started writing a number of books on understanding universal principles and personal development – another of my personally long-held interests.

My observation and personal experiences of the way children learn, has always stayed with me and a good friend, Maureen (deceased) and I, often discussed various subjects associated with education and schooling – including, how children learn to read and develop literacy skills. This was Maureen’s area of expertise and after several years of teaching foreign pupils in local schools to learn to read, she had developed a wealth of experience and knowledge. This led her to writing a book on the subject, but unfortunately, despite a short article in the magazine, ‘Signal’, the book never found a publisher and little of her original work survives. Fortunately, I was privy to much of what she wrote about and we discussed the work almost every time we met up at her home, on a weekly basis. Her main point was that children can learn to read without the use of phonics and in fact, this method of learning to read is highly detrimental to the child’s ability to grasp a working understanding of the English language. Maureen’s research was meticulous, but certainly not mainstream and unfortunately, just before Maureen’s death, the Minister of Education at the time, Ruth Kelly, pushed through proposals to make teaching reading using ‘synthetic phonics’ mandatory in all state schools following the National Curriculum. My personal analogy for the way we try to teach children to read, in school, is similar to that of a builder trying to lay the first bricks of a wall, 3 feet above ground level, in the air. But you can read about this and other educational ideas in this website, with links to many articles, videos and resources.

Interestingly, when I first came across Sir Ken Robinson – someone I feel really understands the importance of creativity in learning – I didn’t realise he was a former student at Bretton Hall College. Furthermore, even though I arrived there some years after he left, both of us knew Victor Quinn (although he had lost the beard by the time I knew him). When I was working as a technician, in the main mansion house, Victor came to me with a technical problem which was concerning him and which I was able to solve quite quickly. I shall always remember his kind observation and the appreciation he conveyed, with the question he asked, before leaving the room: “How do you always manage to remain so calm?’ I guess I loved my job and helping others.