Learn from home. [During the Coronavirus lockdown] with people stuck at home, schools closed around the world, and the global economy changing rapidly, we’re doing everything we can to make sure learning doesn’t stop. (US website)

View: A Guide for Women to Break Into Information Technology, here. (US website – company originating in Tel Aviv, Israel, with sites around the world).

The Queen Of Code – Grace Hopper

As a rear admiral in the U.S. Navy, Hopper worked on the first computer, the Harvard Mark 1. And she headed the team that created the first compiler, which led to the creation of COBOL, a programming language that by the year 2000 accounted for 70 percent of all actively used code. Passing away in 1992, she left behind an inimitable legacy as a brilliant programmer and pioneering woman in male-dominated fields. More…

Some more resources on Grace Hopper (discovered by Hannah in the US, whilst researching for her Girl Scout troop’s ‘Think Like an Engineer’ Badge).

How is technology changing the classroom? – a blog by ebuyer.com

If you get the opportunity, watch the brilliant 2016 film, ‘Hidden Figures’, about black female mathematicians who worked at the National Aeronautics and Space Administration (NASA) during the Space Race: Katherine Johnson, Dorothy Vaughan, and Mary Jackson.

Another film worth watching, is the American historical drama film, ‘The Imitation Game’  (2014) directed by Morten Tyldum and written by Graham Moore, based on the biography, ‘Alan Turing: The Enigma’, by Andrew Hodges.,

Computer History: From The Antikythera Mechanism To The Modern Era (ES)
See a range of interesting calculators. 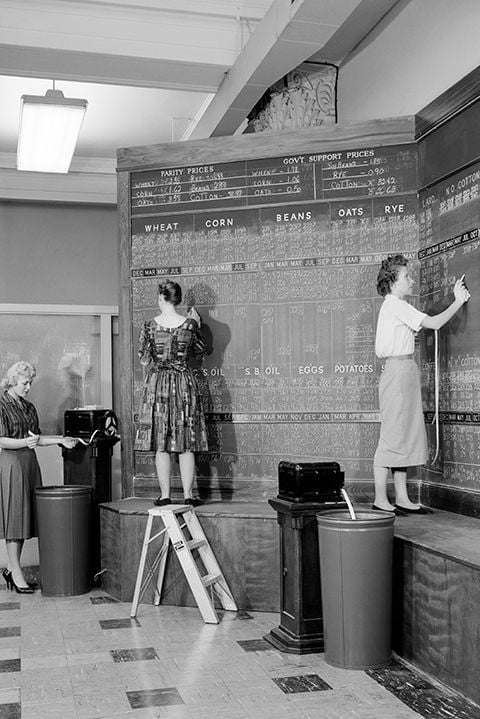 Women computing in the 1950s