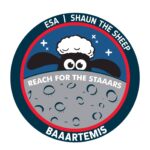 Did you know that official patches have been worn by astronauts since 1965?

Shaun’s patch is bordered in ESA Deep Space blue, with a red inner ring representing ESA’s Science & Exploration. Shaun is seen examining the Moon and his inspirational motto for this mission, ‘Reach for the staaars’. The stars in the background represent all his friends on Earth.

Khan Academy
“For every student, every classroom. Real results. Khan Academy is non-profit with the mission to provide a free, world-class education for anyone, anywhere.”

The Lifecycle of massive stars – Created by Sal Khan

Three women who changed the way we see the Universe

Most anticipated space missions of 2022

Join thousands of participants in over 90 countries, October 4-10 2021, celebrating accomplishments and contributions of women to the space sector and sciences.

In 2020, more than 6,500 events were organized in over 60 countries under the theme “Satellites Improve Life”. (Discover more…) 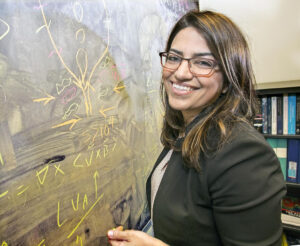 Dr. Fatima Ebrahimi, who works for the US Department of Energy’s Princeton Plasma Physics Laboratory (PPPL), has invented a new fusion rocket that could one day take humans to Mars.

The device uses magnetic fields to shoot plasma particles from the back of the rocket and propel the craft through space.

Ebrahimi’s innovation would also take astronauts to the Red Planet 10 times faster than current rocket thrusters that use electric fields to propel the particles.

“I’ve been cooking this concept for a while”, said Ebrahimi.

“I had the idea in 2017 while sitting on a deck and thinking about the similarities between a car’s exhaust and the high-velocity exhaust particles.”

Space and the ISS 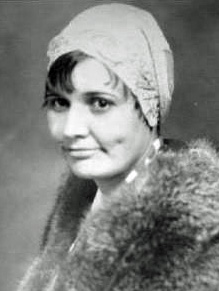 Mary Golda Ross (August 1908 – April 2008) Lived to age 99
Described as another ‘hidden figure’ you can read an article here, on the NASA website. Also read more on Wikipedia, here.

As a mathematician and engineer, she wrote a number of professional and theoretical works and was one of the authors of the NASA Planetary Flight Handbook Vol. III, about space travel to Mars and Venus.